The Hill Valley project involves reworking the existing HO town into a representation of Flagstaff, Arizona in the 1950s. The new scene will emulate the historic depots and businesses along Route 66 in a manner that creates the illusion that the town actually is Flagstaff, when in fact it is just a clever representation.

The design goals are rather straightforward:

Shown below are a few photos of the existing Hill Valley area, along with a link that shows a plan of the current area, track and buildings that will be removed, and the future look that will be achieved. 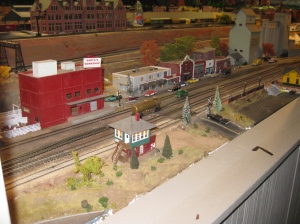 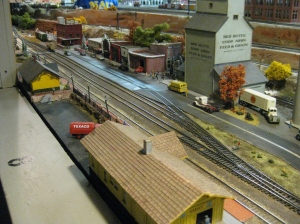 That’s it for now. In the next installment we’ll see some of the structure kits being built for the area. Check back again soon! – Phil S.

This entry was posted in Project “Hill Valley”. Bookmark the permalink.